with the New School and in conjunction with CSW54

President of Realizing Rights: The Ethical Globalization Initiative, United Nations High Commissioner for Human Rights from 1997 to 2002, President of Ireland from 1990 1997

Lawyer and human rights activist, General Coordinator of Sisterhood Is Global Institute/Jordan (SIGI/J), Secretary General of the Jordanian National Commission for Women, former Minister of Culture & Government Spokesperson for the Hashemite Kingdom of Jordan, and former President of the Jordanian Womens Union

Feminist and human rights activist, member of the Steering Committee of the Arab regional coalition "Equality without Reservation" on CEDAW and the planning Committee of Musawah (Equality and Justice in the Muslim Family) (Egypt)

Executive Director of the Collective for Research and Training on Development Action (CRTD A), an organization that works in Lebanon and the MENA region on gender and citizenship, gender and economic rights, and women's leadership and public participation

WLP, in cooperation with Social Research journal at The New School for Social Research, will present four keynote speakers and two panel discussions during the 54th Session of the UN Commission on the Status of Women (CSW). Distinguished women's rights leaders will build upon collective experience to articulate a vision for a future free from violence and grounded in equality, locally and globally.

Mahnaz Afkhami, President of Women's Learning Partnership, and Arien Mack, editor of Social Research, will introduce the event and moderate.

Keynote speakers will highlight major challenges to women's empowerment and share a roadmap for success in the second decade of the 21st century. They are:

Panel 1: Securing Women's Safety and Dignity: Mobilizing for a World Free of Violence against Women

Panel 2: Movement Building from the Local to the Global: What the Convention on the Elimination of All Forms of Discrimination against Women (CEDAW) Means for Women at the Grassroots 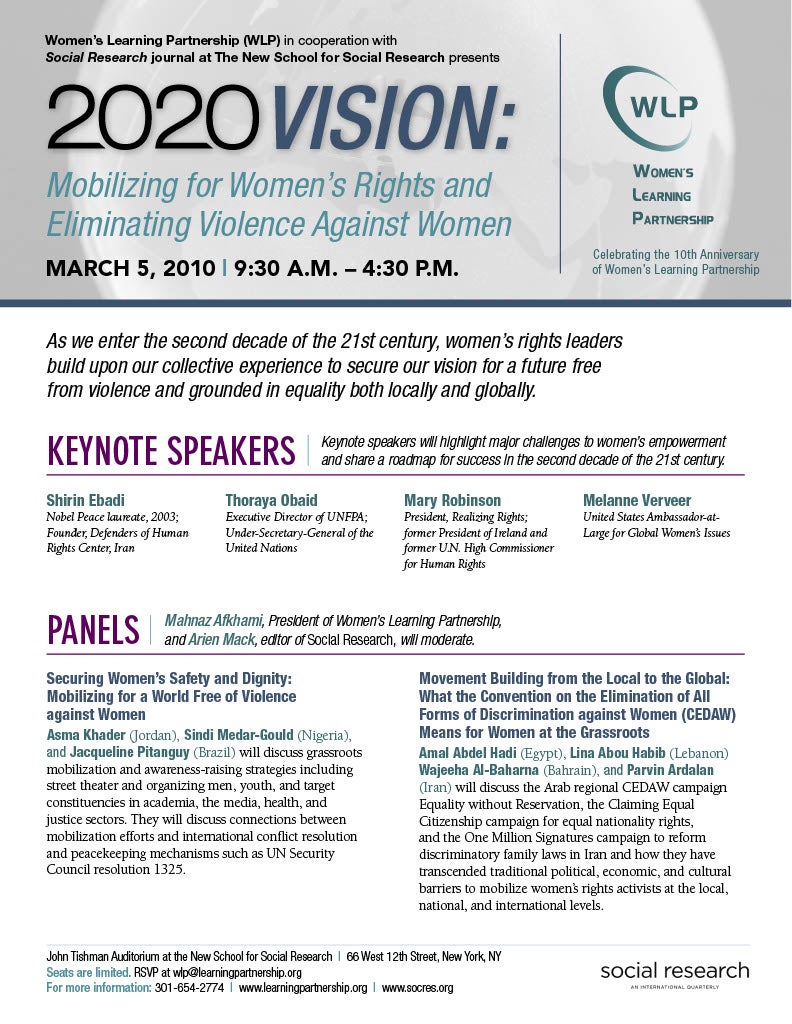 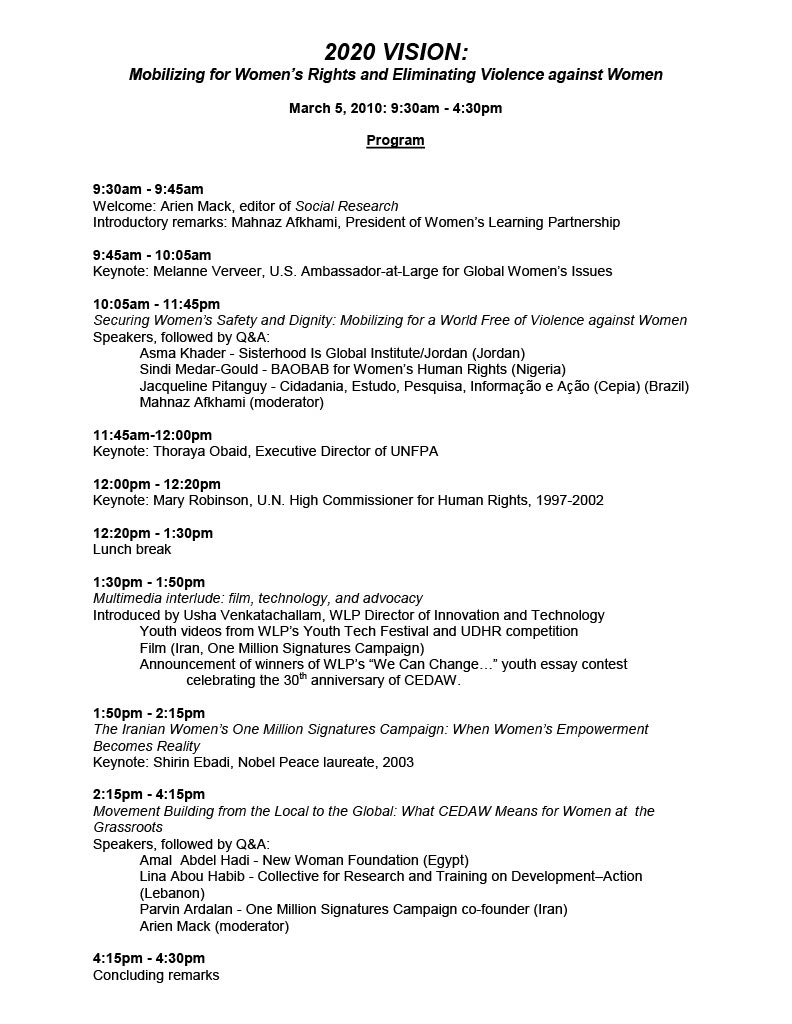