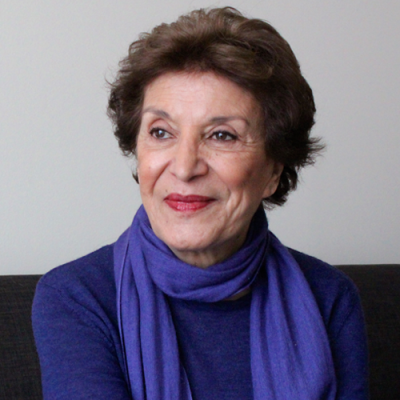 Afkhami (Iran/USA) is Founder, President, and CEO of Women’s Learning Partnership and former Minister for Women’s Affairs in Iran. Afkhami has been a leading advocate of women's rights for more than four decades, having founded and served as director and president of several international non-governmental organizations that focus on advancing women's status. Afkhami also serves on advisory boards and steering committees of a number of national and international organizations including Freer/Sackler Galleries of The Smithsonian Institution, Foundation for Iranian Studies, The Global Fund for Women, Women’s Learning Partnership, Women's Rights Division of Human Rights Watch, and the World Movement for Democracy. She has appeared on the BBC, CNN, and PBS and in numerous television and radio interviews on NPR, BBC Persian, VOA Persian and other international outlets.

Afkhami’s publications have been widely translated and distributed internationally, including Women in Exile; Faith and Freedom: Women’s Human Rights in the Muslim World; In the Eye of the Storm: Women and the Law in Iran; Leading to Choices: A Leadership Training Handbook for Women; Leading to Action: A Political Participation Handbook for Women; Beyond Equality: A Manual for Human Rights Defenders; and Victories Over Violence: Ensuring Safety for Women and Girls, among others.