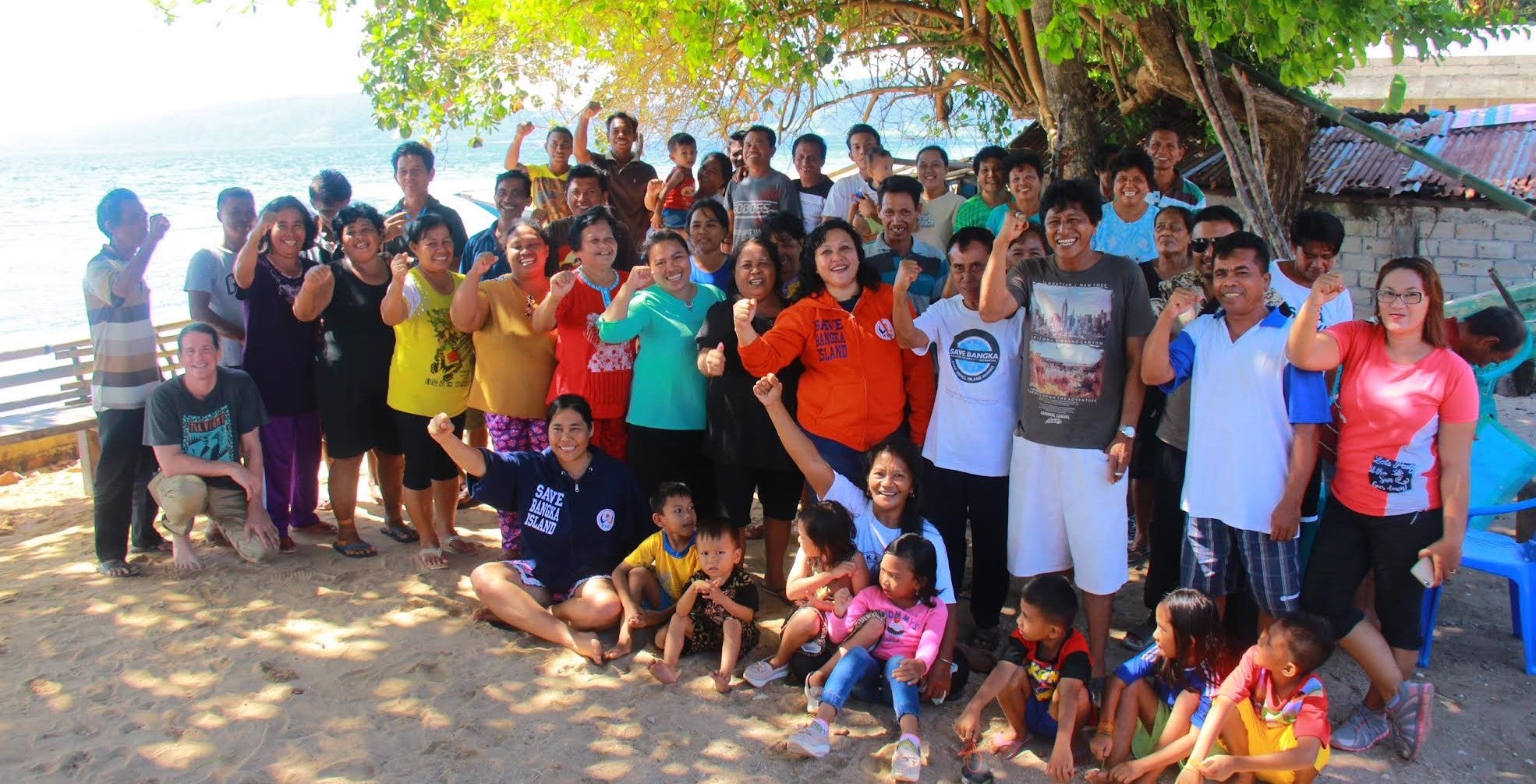 WLP’s partner in Indonesia, Women and Youth Development Institute of Indonesia (WYDII), is supporting several women-led campaigns addressing environmental issues facing the country. The issues include deforestation, desertification, floods, sea level rise, and increased carbon emissions. In January 2022, Indonesia announced that it will move its capital city from Jakarta to the island of Borneo. While the government listed a variety of reasons for the move, among the most alarming is that Jakarta is sinking into the sea. Scientists predict that one-third of the city could be submerged by 2050. One key cause, according to NPR, is Indonesia’s uncontrolled ground water extraction. Elsewhere in the country, multinational companies are conducting mining activities that are causing water pollution and other environmental disasters.

WYDII has worked for over a decade with women, youth, and indigenous groups to stop environmentally damaging mining processes and to fight for climate justice. WYDII is led by Siti Nurjanah, who has twenty years of research and advocacy experience in human rights and women’s rights in Indonesia. After watching how the extractive industries and unenforced environmental protection laws have harmed local communities, Nurjanah is now training women and youth to  defend Indonesia’s fragile environment and to advocate for climate justice.

Last month we spoke with Nurjanah about rising sea levels affecting the country,  environmental degradation that is impacting women and girls, and how women are mobilizing to save their communities from the devastating effects of climate change. Here are some key takeaways from the interview: 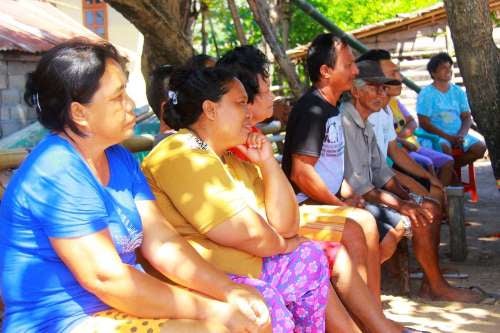 What are some of the key climate issues facing your country?

Nurjanah: Indonesia is experiencing many climate issues, including pollution, deforestation, desertification, carbon dioxide emissions, and more. These problems are getting worse every year. Rising seas, tsunamis, floods, and earthquakes happen almost annually in many parts of the country. We also have a serious problem with lack of awareness among the people on the impact of carbon and other greenhouse gas emissions and excessive exploitation of natural resources––especially in mining and deforestation—which are not followed by necessary land rehabilitation.

At the same time, Indonesia suffers from ineffective and top-down national climate policies, and the government is not held accountable for its lack of enforcement or implementation of the environmental protection measures that are in place. To minimize climate change, it is imperative, especially for a resource-rich country like Indonesia, to have an accountable government along with strong civil society organizations (CSOs) and media outlets that report on the climate issues.

Among the main challenges to achieving climate justice in Indonesia is that the major shareholders of palm oil plantations are from multinational corporations based in Malaysia, Singapore, and China. When pollution increases and starts to disrupt lives, there is public debate over legal accountability that gets widely covered in the media. But as the pollution dissipates, so does the  momentum to address it—until the pollution reappears again the following year. This is the typical pattern of response when there is environmental damage caused by a company engaged in extractive practices. The oil, sand, limestone, and gold mining, as well as palm oil plantations, are destroying the natural environment, causing air pollution and rendering the groundwater impotable. Abandoned mining sites are also often unmarked and unfenced, which has led to the deaths of children who have drowned at these sites. And, since the harm is usually caused by those outside of the country, those in the most affected communities cannot hold anyone accountable for the damages. The struggle for climate justice is getting harder each year.

How are women impacted by climate change in your country?

Nurjanah: Climate change has driven women into greater poverty. Many types of natural resources that used to be easily available and free, such as drinking water, fish, or native plants for foods, have diminished or are completely gone. In addition to the lack of resources, women who are facing direct confrontation or interaction with environmental extraction activities face mental health struggles—they get anxious, distressed, and experience a great sense of hopelessness. We saw this happening with many women WYDII worked with in Bangka Island, in the South Sulawesi province, when illegal mining for iron ore and other minerals was taking place.

On Bangka Island, a mining company divided the community by dividing public opinion on the mines and even breaking up the geographic-administrative villages. The company was able to break up three villages and rezone them into four villages––which later allowed the company to make a legal claim that one village was pro-mining. The mining company used monetary incentives and created internal conflicts within the communities to further their aims. For example, schoolteachers shamed children whose parents opposed the mining company.

What are women and women’s organizations doing to address the climate crisis and to promote climate justice? 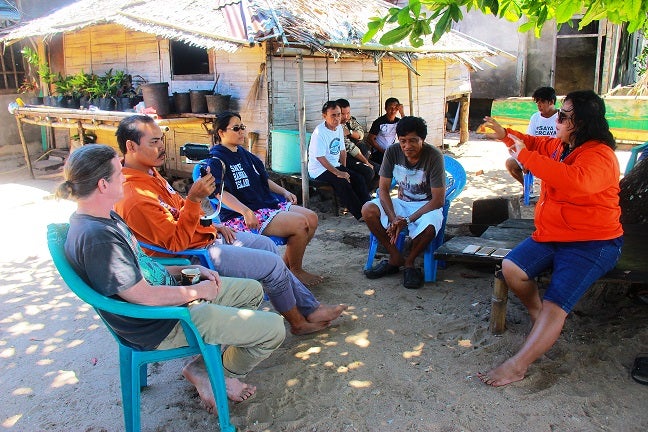 Jull Takaliaung speaks at an advocacy and capacity-building training on Bangka Island.

Nurjanah: For years, women from Bangka Island have been at the forefront of the struggle for climate justice. My organization has worked with Jull Takaliaung, one of the women leaders in the environmental justice movement on the island. Bangka is under 5000 hectares and has under 3000 inhabitants. The island is so small that it falls under an environmental law that prohibits any natural extraction activities. Nevertheless, a company was able to manipulate the community and find some support for its mining activities. Women on the island found themselves in conflict with neighbors who supported the mining company, and also with the police when they came to the island to protect the mining company’s activities.

In 2017, after continued advocacy by activists and environmental NGOs, Indonesia's Ministry of Energy and Mineral Resources revoked the mining company’s license to mine on Bangka Island. For two years prior, the women of Bangka Island had protested to stop the mining company from unloading its heavy equipment. During one blockade by local protestors, police (BRIMOB) accompanied employees of the company while they brought in supplies on boats. Residents of the island formed a blockade with their bodies to force the employees to stop unloading. One of the women community leaders, Maria Pardede, said that she witnessed police violence. She said that police were beating protestors, especially the men, until they bled. Pardede and the other women joined the blockade when spaces were made as men who were beaten had to step away. The women expressed their outrage by pushing back against the police, shouting, and stripping off their clothes. They successfully forced the police and the mining company back to their boats.

The victory against the mining company in Bangka Island is an inspiration to many other environmental justice campaigners. We need to strategically and forcefully continue to build awareness, take action to mitigate the impact of climate change, and engage as many women as we can—from all kinds of socio-economic backgrounds—to fight for climate justice. WYDII’s approach to advocacy and capacity building is to raise awareness and to support local citizens in their struggle for climate justice. We have collaborated with local women environmental activists to support their struggle by organizing media campaigns. We also support their legal battles by facilitating dialogues with experts 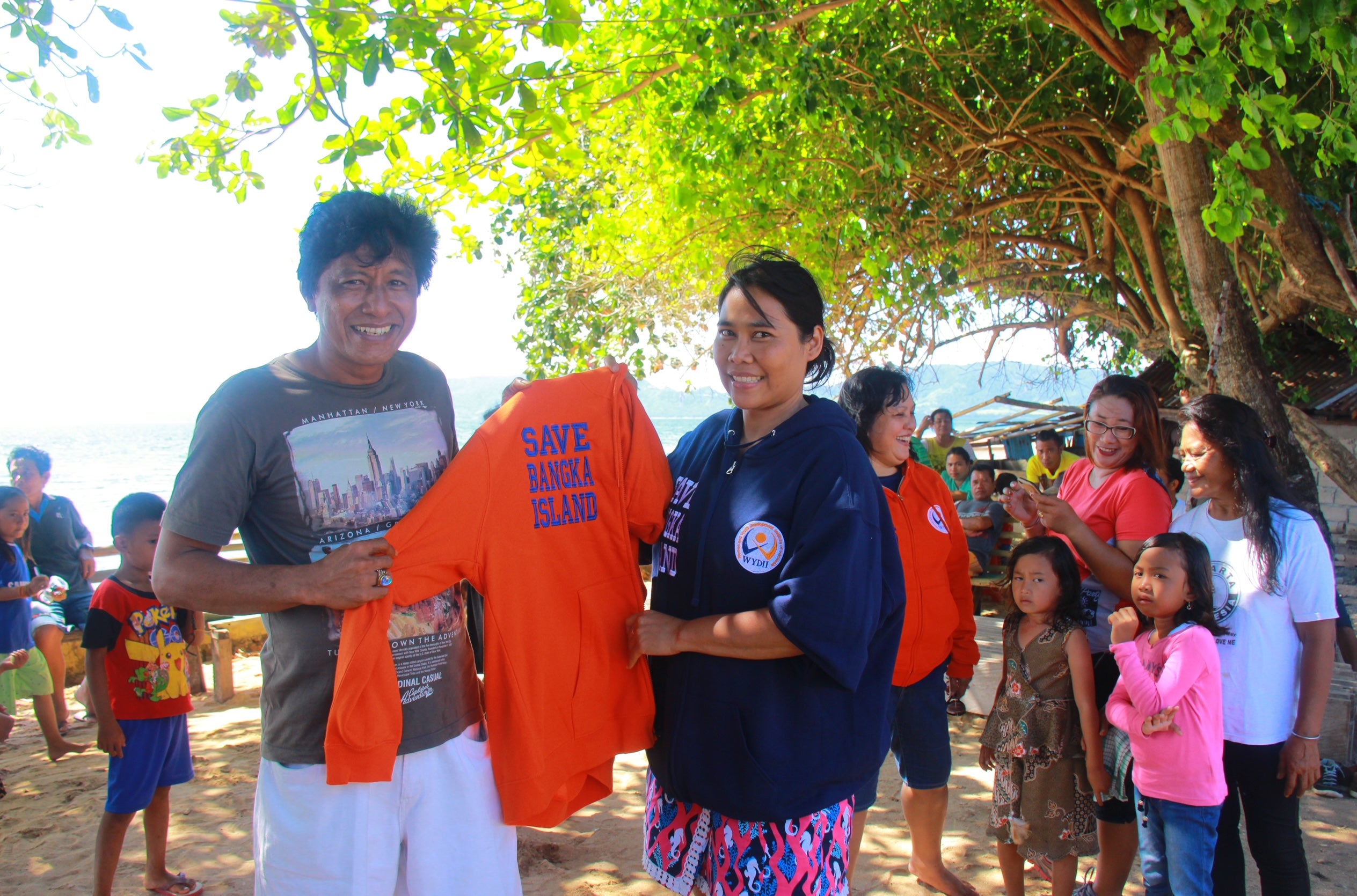 Executive Director of WYDII, Siti Nurjanah stands with the head of the Kahuku village.

WYDII has also worked to build awareness about climate change in Indonesia more broadly. We have trained more than 600 youth across the country on various aspects of environmental justice. Our workshop training curriculum is comprehensive and interactive. It covers a range of subjects including participatory leadership, basic knowledge of greenhouse gases, gendered political and cultural aspects of the environment, and climate laws and policies. As part of our advocacy campaigns, we are training activists to use the legal system to fight for comprehensive and lasting climate justice.

The victory of the Bangka Island campaign forced the mining company to stop its activities from 2018 to the present. I hope that the decision to revoke the mining company’s license is a final decision. But, considering how profitable the natural resources are in Indonesia and how difficult the battle was to stop mining on one island, I would not be surprised if one day, behind our backs, the government turns a blind eye and suddenly the mining company resumes its activities.

How can partnerships at the national, regional, and international levels support gender equality and climate justice in your country?

Nurjanah: Continuing to collaborate on campaigns for climate justice at the local, national, and international level is key. Encouraging people to join the movement for climate justice directly is even more fundamental. We need to support groups who focus on awareness building, groups who tirelessly try to instill within society the need for sound environmental impact assessments, research, and publications. We must support local and Indigenous people in their struggle to save their environment and livelihoods. We also should continue working with governments to make them aware of the detrimental, long-term impact of any environmental extraction activities, even when they are on a small scale, like sand or limestone mining in Indonesia. Continuing the damage to the environment will have a grave impact on our future—it is already affecting our quality of life today. Environmental issues and environmental justice are global problems. Our efforts to fight them must also be interconnected and global.