Getting Women Elected in Indonesia: An Interview with WLP’s Siti Nurjanah

Siti Nurjanah is the Executive Director of WLP’s partner in Indonesia, Women and Youth Development Institute of Indonesia (WYDII). With the country’s presidential elections scheduled for April 2019, we asked her to tell us about the challenges women face when running for office. 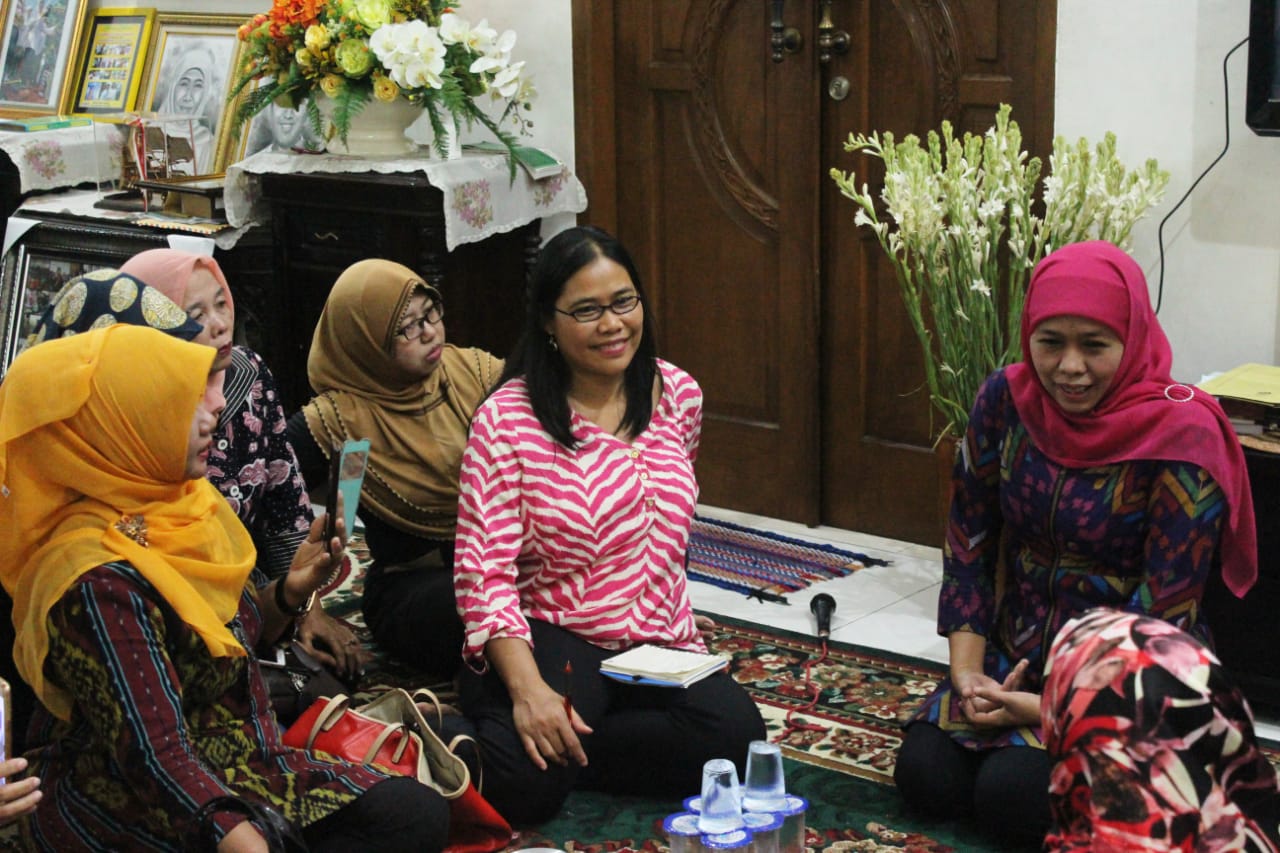 What is the political landscape like right now for women in Indonesia?
Nurjanah: Although there are measures in place, women are still not being elected at a high enough rate. In 2009, Indonesia passed an election law mandating a quota of 30% of women on ballots. All of the political parties—even the most conservative ones—met this quota on their ballots, but only 17.4% of the total elected were women. Even worse, only one woman was elected from the most conservative party (PKS). This suggests that most parties view the quota as a requirement rather than a tool to increase women’s political participation.

Overall, Indonesian society is as politically divisive as ever. It’s common to witness hate speech and political prejudices on display. People have been broken into factions that highlight their political and religious differences instead of their common values. However, on a more positive note, this tension has also created an increase in political activism across all groups.

What barriers do women face once they’re elected?
Nurjanah: Generally speaking, the political culture in Indonesia is very patriarchal and chauvinistic. If women are elected, their male counterparts often do not respect them as equal partners or regard them beyond their physical appearance. Furthermore, because the numbers of elected female representatives in each political party are small, many of these women are learning as they go, often receiving ridicule and sometimes lacking support from other female colleagues.

The challenges facing female candidates are multifaceted. Mostly vividly, the political party systems rarely put female candidates in the first spot on their candidate lists, and statistics show that a candidate’s location on the list significantly influences electability. In addition, there is no tangible effort to promote women candidates in term of providing specific trainings or contributing funds towards a candidate’s campaign. It is fair to say that the political parties are using women candidates to cash out on the benefits of fulfilling gender quotas, whether to increase their chance to achieve the Presidential threshold or to survive administrative verification. 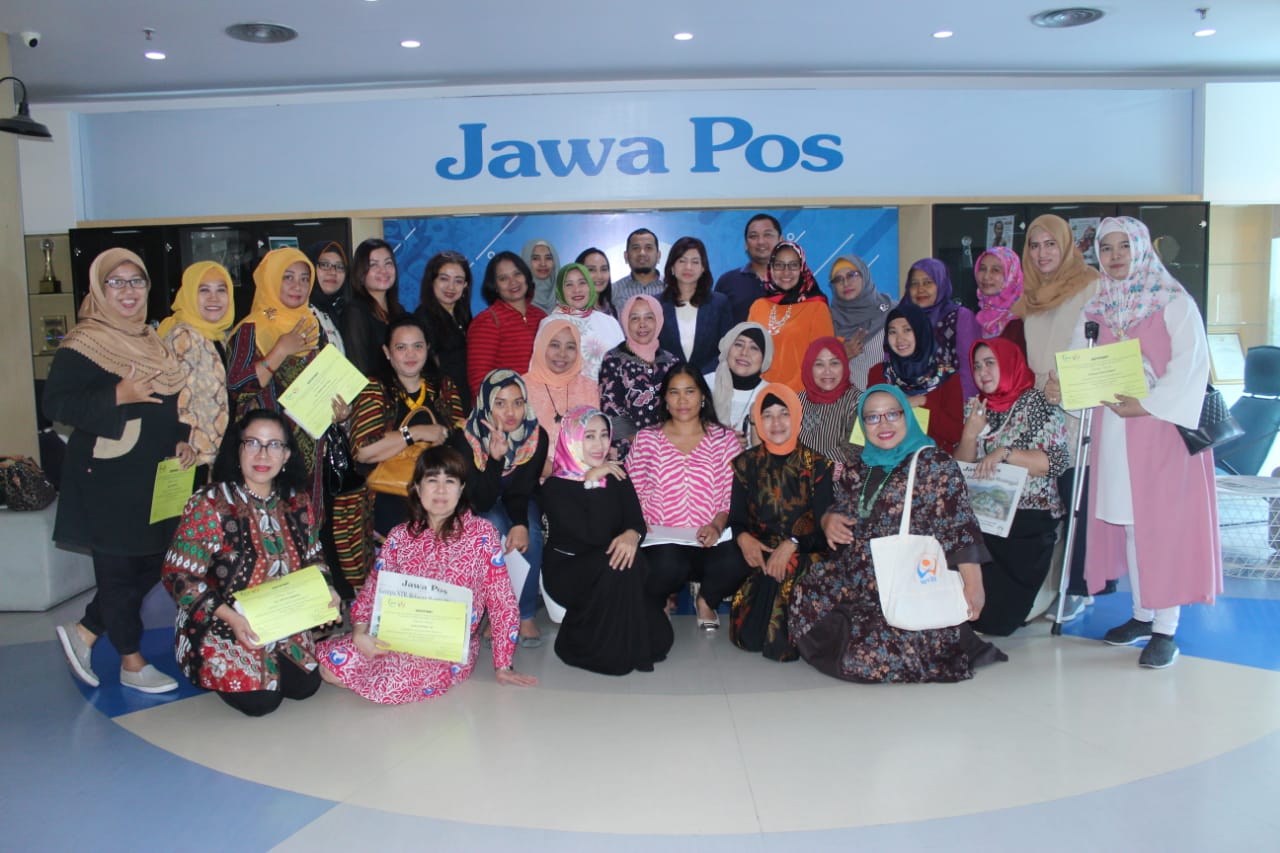 Nurjanah with participants from a WYDII workshop after a dialog with the editors of Jawa Pos, a large Indonesian media outlet.

What is WLP Indonesia/WYDII doing in the lead up to the April elections?
Nurjanah: We have been working with and training women political candidates for a long time now. In the coming elections in April, we will mobilize more than 100 women and youth volunteers to help female candidates guard their votes and prevent vote-stealing tactics (re-allocation of votes) during vote counting, from the booth level up to the provincial level. WYDII is one of the very few women-oriented NGOs who will work directly with the Government Elections Supervisory Agency (Bawaslu) to provide training to these women and young volunteers. This group of women and youth will promote a civil and empowering atmosphere across parties.

WYDII also has developed a cross-party network of female candidates. They’ve developed great relationships and trust amongst themselves, and share knowledge with each other. Despite how polarized our country’s current political climate is, this group proves that cross-party collaboration is possible. 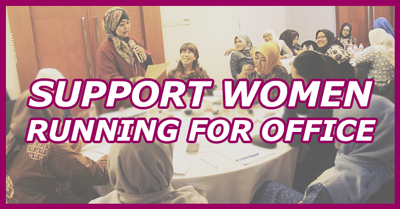 Lawmakers could also pass a law requiring that 50 percent of elections stations and polling booths be managed by women to encourage a more inclusive political process overall. Additionally, having police present at voting places would help prevent vote-stealing tactics, especially from women candidates.

What advice would you give a woman who wishes to run for office in Indonesia?
Nurjanah: For anyone who wants to enter politics and does not come from a privileged background from which to get support, there are two fundamental strategies to succeed. First, dedicate at least five years to volunteering for a political party. Second, be active and seek leadership in one of the large non-governmental organizations in the country. These two paths will help provide political influence, public familiarity, and leadership skills needed to be successful.