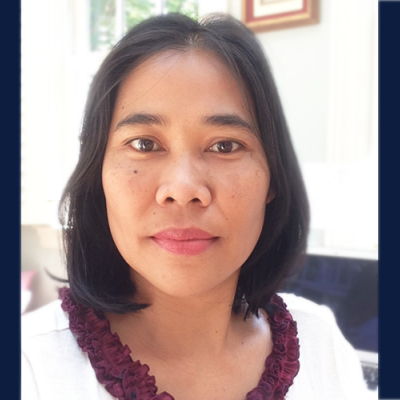 Nurjanah (Indonesia) is an activist and researcher based in Surabaya. She is Co-founder and Executive Director of the Women and Youth Development Institute of Indonesia (WYDII). Previously, she co-founded and directed the Center for Religious and Community Studies. Nurjanah has interacted with, designed, and conducted trainings for women in district assemblies, women activists, and grassroots youth, and has designed and implemented assessments focused on women’s political participation. She also has conducted research on women’s issues and political participation in Indonesia, including: qualitative research on women’s political representation (2003-2004); qualitative research on women's empowerment through Islamic organizations (2003-2004); academic analysis of secondary school textbooks, focusing on gender and multiculturalism; and quantitative research on Middle East Islamic books about women’s roles according to Islamic Law. To promote women's civic engagement, Nurjanah encourages women to apply radical interpretations of religious teachings. She was a Reagan-Fascell Fellow at the National Endowment for Democracy. During her earlier career as a journalist, Nurjanah wrote articles related to women's empowerment in national and international publications.