Board Chair WLP, former CEO of Global Fund for Women 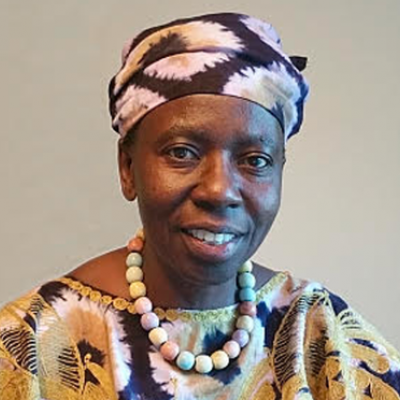 Dr. Musimbi Kanyoro is the Board Chair of Women's Learning Partnership and the United World Colleges. She also serves on the Boards of CARE International, Landesa, and UN Global Compact. She is a trustee of Homeward Bound Projects an initiative which seeks to inspire and equip women scientists to embrace leadership in climate change.

She is the immediate past President and CEO of the Global Fund for Women. Prior to her time at Global Fund, Musimbi was the Director of Population and Reproductive Health at the David and Lucile Packard Foundation. She moved to USA after spending 20 years in Geneva, half of that time as the General Secretary (CEO) of the World YWCA and the other half as the Executive Director of the Women’s department of the Lutheran World Federation.

Musimbi brings over 40 years of global leadership on issues of women and girls' human rights and has lead cross cultural international organizations focusing on these issues. Musimbi served on the international steering committee for the Beijing World Conference on women and led delegations to five United Nations World Conferences throughout the 90’s. She currently is a member of the Civil Society Advisory group to support the work on UN Women and also recently completed her four-year term as a member of the World Bank Gender advisory group.

Musimbi has a PhD in Linguistics from the University of Texas, Austin and Doctor of Ministry in Feminist Theology from San Francisco Theological Seminary. She was a visiting scholar of Hebrew and the Old Testament at Harvard University. She has received several honorary doctorates and other recognition awards, including a leadership award from the Kenya Government.  She has delivered numerous key note speeches throughout the world and published articles, chapters in books, and written/edited 10 books.