UN Special Rapporteur in the Field of Cultural Rights 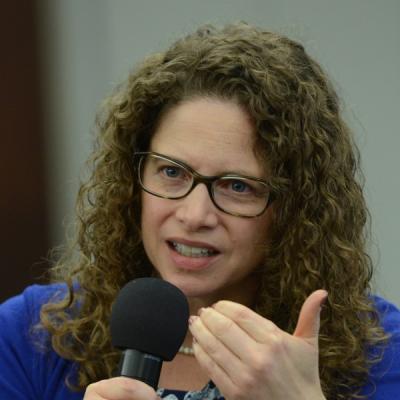 Karima Bennoune (Algeria/USA) is the United Nations Special Rapporteur in the Field of Cultural Rights and a professor of international law at the University of California–Davis School of Law. She is the author of Your Fatwa Does Not Apply Here: Untold Stories from the Fight Against Muslim Fundamentalism,which won the Dayton Literary Peace Prize in 2014. Her TED talk based on the book, "When People of Muslim Heritage Challenge Fundamentalism," has been viewed more than 1.3 million times.  Bennoune has appeared regularly as a commentator on CNN, MSNBC, NPR, and BBC radio, and has written for The New York Times and Reuters.