Most notably, the Interior Minister position will be filled by Raya al-Hasan, making her the first woman ever to hold this position in Lebanon. In fact, she is the first woman to hold this position in any country in the MENA region. As Interior Minister she will oversee important policies surrounding policing, national security, and elections, and collaborate with other regional leaders on security issues. Nada Bustani will serve as the new Minster of Energy and Water, overseeing environmental regulations in Lebanon. May Chidiac will become the Minister of State for Administrative Development and Violette Safadi will become the Minister of State for Women and Youth Affairs. These women now have the opportunity to lead some of the most critical ministries and implement empowering policies in others that have suffered from unclear mandates or a lack of gender awareness. 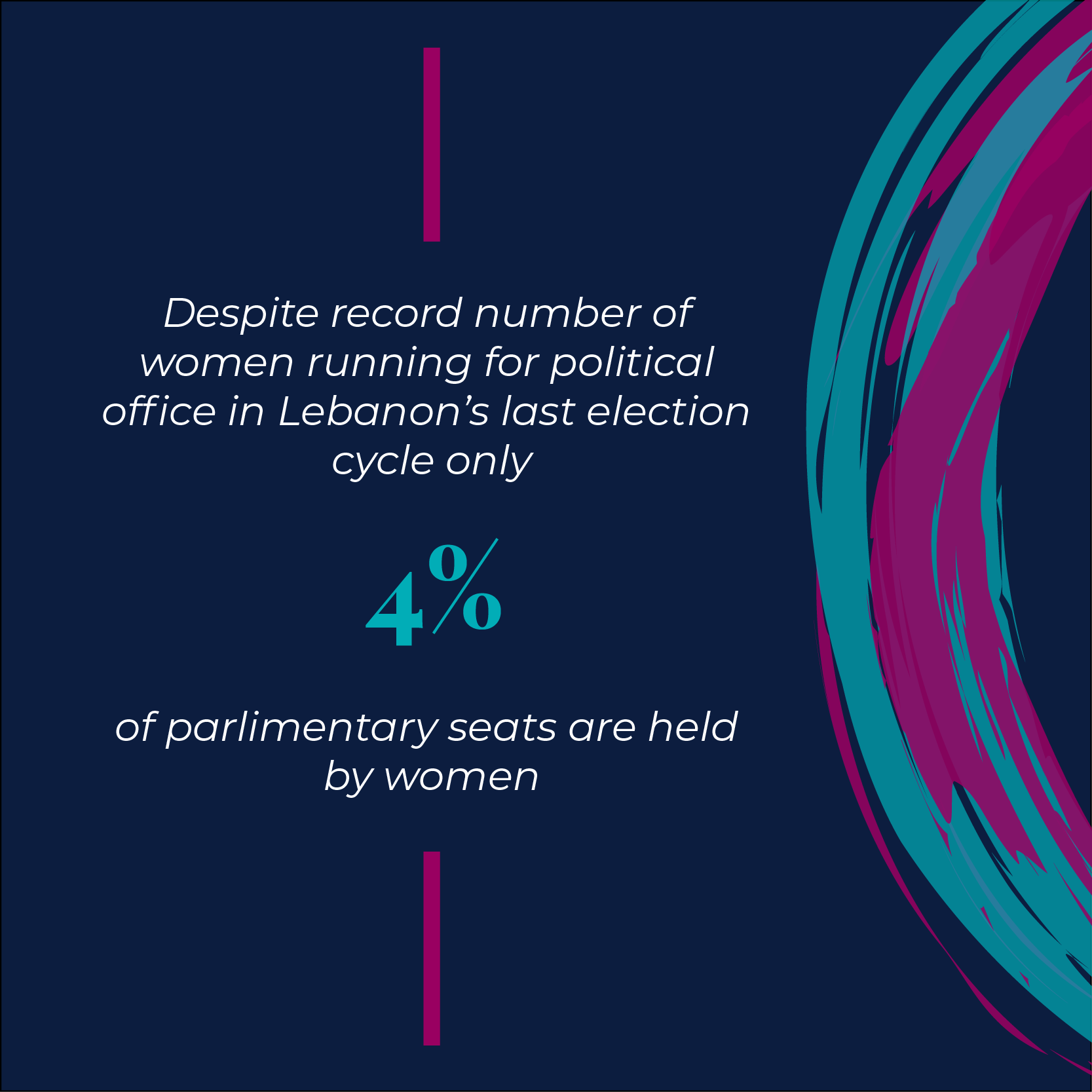 The appointment of these four women represents an important step for political participation in Lebanon, but its political culture remains male-dominated. While the number of women in the new cabinet has doubled, they still only hold four out of 30 cabinet seats. In Lebanon’s parliament, only five out of 128 seats are held by women. Initially six women were elected, but the number has dropped to five after a challenge of elections results. Not only must women struggle for equal representation in Lebanon’s political system, but they must also struggle against over 15 judicial systems based off of religious confessions, all of which remain partial to men and patriarchal notions.

However, the small number of female representatives does not reflect the increasing number of women running for political office. In the most recent election cycle, there were 111 women candidates. This rise in women running for office and engaging in social debate in Lebanon shows that women are unwilling to let their rights be constrained by discriminatory legal and judicial systems and gender roles. In their new roles, the four female ministers will be able to demonstrate the benefits of having women in key decision-making and leadership positions.

WLP Executive Director Lina Abou-Habib, who is based in Beirut and active in Lebanon’s gender equality movement, believes that this is an important time for women’s political participation in Lebanon.