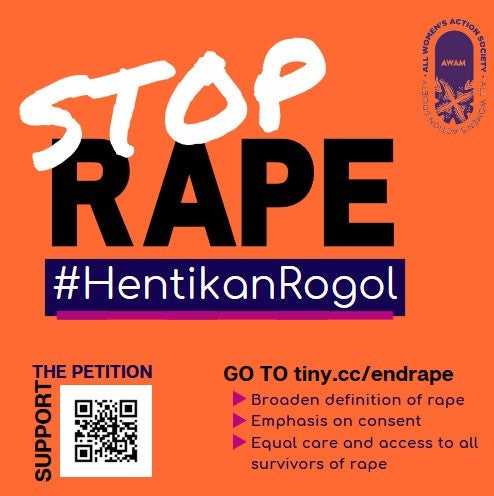 AWAM used social media graphics like the one featured above to encourage participation in their online petition to end rape.

Each year, Women’s Learning Partnership (WLP) participates in 16 Days of Activism Against Gender-Based Violence, a global campaign that calls for the elimination of all forms of violence against women and girls. The 16 days begin on November 25, International Day Against Violence Against Women, and run through December 10, which is International Human Rights Day. WLP partners participate in a range of activities that include education campaigns, demonstrations, and workshops to promote safer and more egalitarian societies for women and girls. 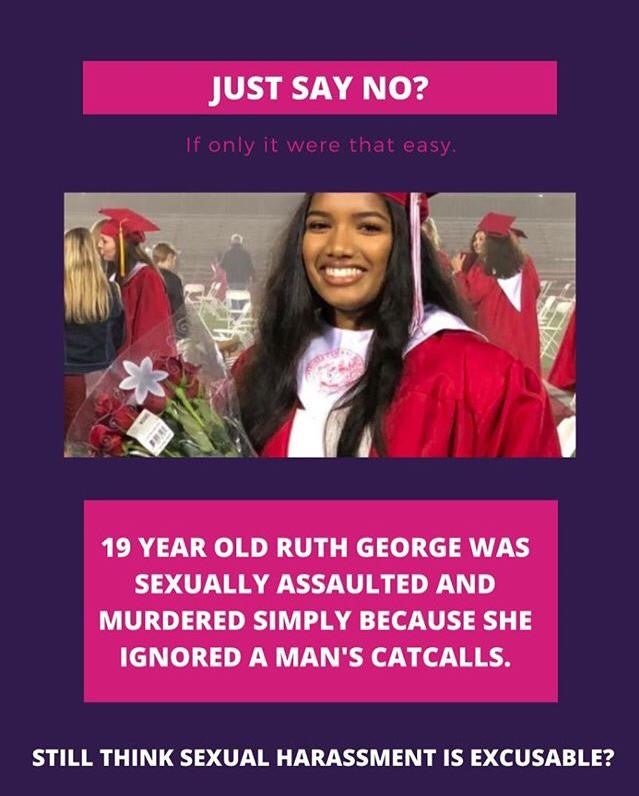 AWAM's campaign to end GBV featured stories of how VAW still affects women today all over the world. The post above shared the story of Ruth George, who was killed after ignoring the cat-calls of a man following her.

In addition to these activities, this year for the 16 Days of Activism, WLP Malaysia/AWAM mobilized throughout the country, conducting a social media campaign, an online petition to advocate against rape,   an information drive with posters, and a rally to demonstrate support for ending GBV. The social media campaign included statements and stories on Instagram, Facebook, and Twitter that humanized the issue of GBV, and provided information about resources for survivors and advocates. AWAM displayed posters outside their office, situated at a very busy crossroad, which shared recent rape cases in the country, as well as statistics. New stories were posted each day throughout the 16 Days of Activism. AWAM’s online petition, which calls for zero tolerance to rape, lists four critical demands:

1. Better Laws: For protection against marital rape and an expanded definition of rape to acknowledge male survivors of rape.
2. Awareness on Consent: To promote what constitutes consent and the knowledge that consent can be retracted at any time.
3. Expanding Laws on Rape: Recognizing date rape and developing strong laws to prevent partners from taking advantage within a relationship.
4. Better Care and Access for Survivors: Calling for the review and reform for one-stop crisis centers to ensure equality to all patrons. 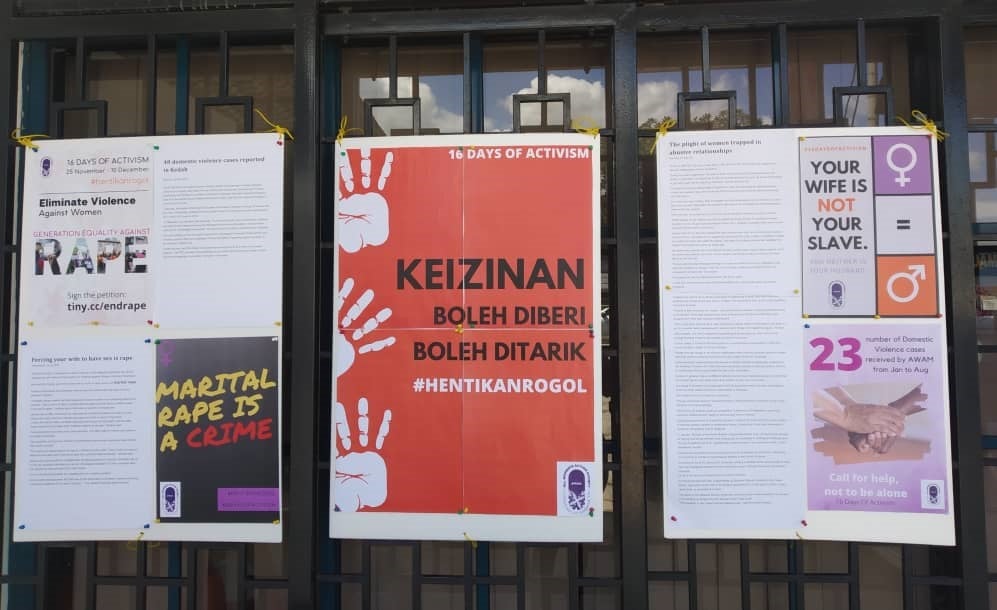 AWAM uses both print and digital media to share its message to end GBV.

As of January 29th, the petition had garnered 207,000 signatures, far surpassing its original 35,000 signature goal and spurring AWAM to set a new goal of 300,000 signatures. Signatories of the petition shared messages of support. “I am signing because I believe that all should have equal opportunities and the right to live their own lives,” wrote one. Another said, “Human rights are for ALL. Regardless of their race, religion, sexual orientation, age or gender, everyone deserves to be protected from any form of abuses or stigmas in life.” In addition to their advocacy efforts, AWAM participated in a roundtable discussion, organized by the Human Rights Commission of Malaysia and the United Nations University International Institute for Global Health, for the event, ‘Orange the World: Generation Equality Stands Against Rape!’ At the heart of AWAM’s messaging is the idea that rape is not a part of the Malaysian culture, and GBV must not be committed in the name of religion or cultural beliefs. 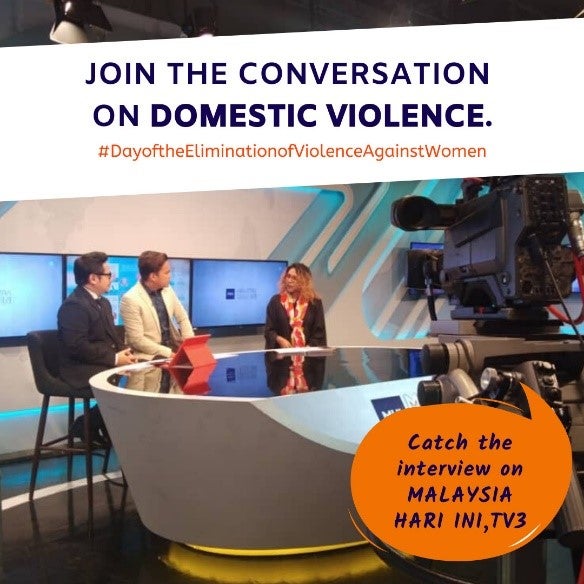 “AWAM works with both the government and the private sector (including the media) to spread awareness through advocacy and trainings, as well as through direct counseling and legal services to survivors of GBV,” –Nisha Sabanayagam, AWAM Manager

AWAM’s multifaceted approach during the 16 Days of Activism raised awareness and mobilized action among different stakeholder groups throughout Malaysian society. To extend their reach beyond the English-speaking demographic, AWAM conducted activities in multiple languages. For example, on November 25th AWAM participated in a television interview about domestic violence on a popular morning talk show called Malaysia Hari Ini, conducted in Bahasa Malaysia.