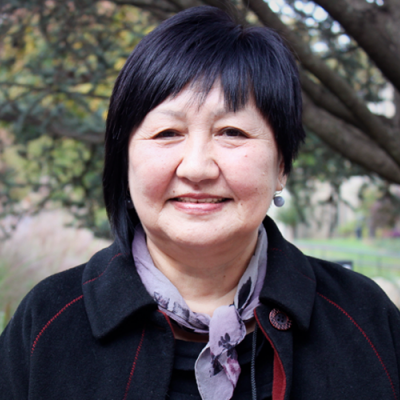 Ismailova (Kyrgyzstan) is a founder of the NGO Forum of Kyrgyzstan (1996), which played a key role in the development of the NGO sector in Kyrgyzstan. She is also the Director of Human Rights Movement: Bir Duino Kyrgyzstan. Ismailova was the founder and President of the NGO, Coalition for Democracy and Civil Society, which united the country’s NGO sector during a national campaign on educating civil society and monitoring elections. The Coalition was successful in the passage of a new election code in 1998. She also directs the annual International Human Rights Documentary Film Festival in Kyrgyzstan. In 2002, Ismailova became the first Reagan-Fascell Democracy Fellow from Central Asia, and in 2009, she was awarded France’s Liberty-Equality-Brotherhood Human Rights Award.