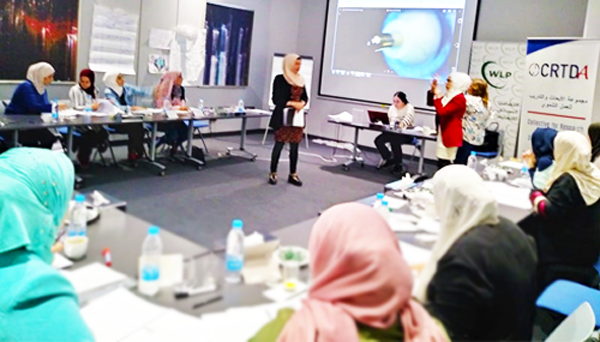 WLP’s partner in Lebanon, The Collective for Research and Training on Development—Action (CRTD-A), is in the midst of its most recent initiative, “Participation and Empowerment of Syrian Refugee Women.”

CRTD-A is a Lebanon-based non-governmental organization committed to achieving gender equality, respect for diversity, and social justice. Through analysis of the civil society organization (CSO) space in Lebanon, partnering with local stakeholders, training and capacity building, and research, CRTD-A along with its regional partners is able to continuously help its target stakeholders. 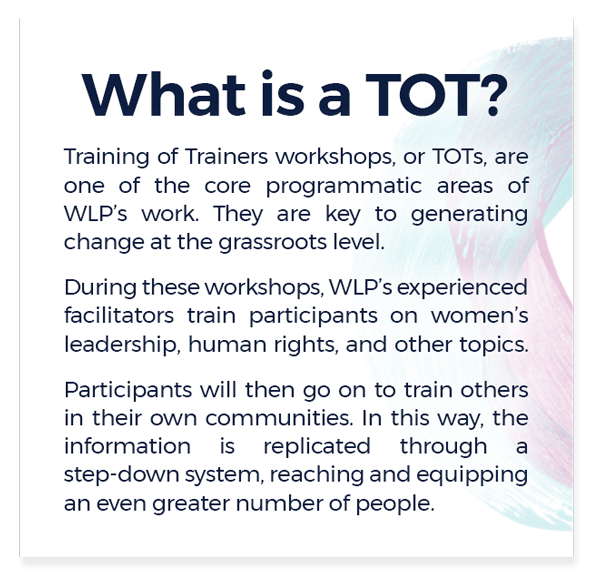 The aim of this long-term project is to increase Syrian refugee women’s ability to organize collectively and create change in Syrian women’s refugee lives and in their respective communities through holistic, participant-driven, and culturally adapted trainings, where participants learn from each other and not in a top-down approach. The trainings come in the form of grassroots for community activists, capacity-building trainings for local organizations, a National Training of Trainers (NTOT), and a Regional Training of Trainers (RTOT).

The specific issues explored in the various trainings include democracy, violence, agency, patriarchy, lack of protective institutions/systems, and the lack of acknowledgment of refugees’ needs and independence, among others. 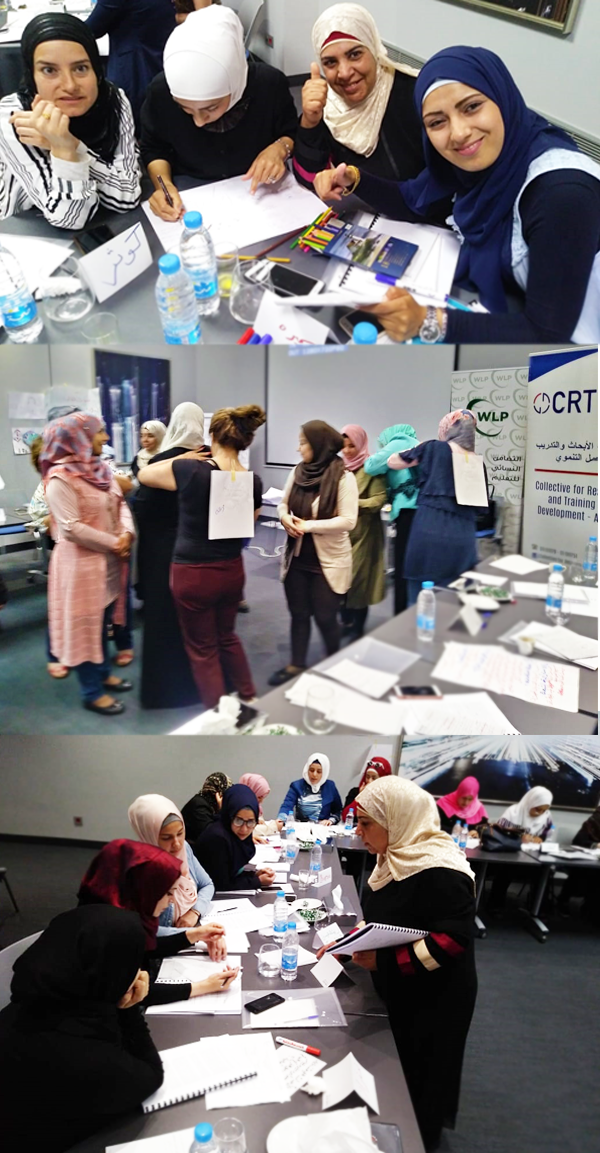 Through the deep-diving of these issues, the trainers aim to increase the women’s abilities to share their learnings and act on their own behalf, i.e. create awareness of their agency and make them realize their already existing potential to become agents of change. The aim is also for women to further instill and disseminate, among their local organizations, a new understanding of Syrian refugee women as catalysts and to train other female community leaders to organize other women to understand their rights and collectively participate in decision making and community building. The case study materials of the workshops are sourced from WLP’s content library and are the base of the curriculum of the trainings.

CRTD-A, in alignment with WLP’s mandate, aims to fill a critical gap in NGO work in Lebanon by addressing and working directly with Syrian refugee women and active local community organizations to advance self-determination and participation in decision-making processes. The offered workshops, above all, provide a safe environment for women to re-examine their concept of self, acknowledge their right to have rights, and practice ways of leading and working together toward their goals. CRTD-A maintains contact with the partner organizations and participants after the workshops to preserve the relationship, mentoring, support, and follow-up with the targeted stakeholders to make sure they have reached their goals.

A takeaway from one of the most recent grassroots workshops this past summer was a participant citing that she had “a beautiful impression about the workshop and about the facilitators and the participants,…benefited culturally, and was introduced to many important and beneficial personalities and stories”.

Women from Across the Middle East and Africa gather for Peace, Security, and Equality – Nigeria

When women are part of peacebuilding processes and negotiations, the stability and quality of that peace increases. However, according to UN Women and the Council of Foreign Relations, “between 1990 and 2017, women constituted only 2 percent of mediators, 8 per cent of negotiators, and 5 per cent of witnesses and signatories in all major peace process.” WLP is addressing this disparity in women’s representation at the peace table through leadership and capacity-building workshops with refugee women, grassroots activists, and local civil society organizations.