Snapshots from Across the Partnership

WLP Brazil/CEPIA Cidadania marched with thousands of women’s organizations and feminist activists in the streets calling for gender equality. Andrea Romani of Cepia said that the message of the woman’s march was, “Resistimos para viver! Marchamos para transformer!" She explained the meaning behind the slogan was that women needed to resist repression and that they were marching to transform their world. She said, “We marched to speak out and to empower each other to continue our journey to become a society with equal rights and opportunities for women.” 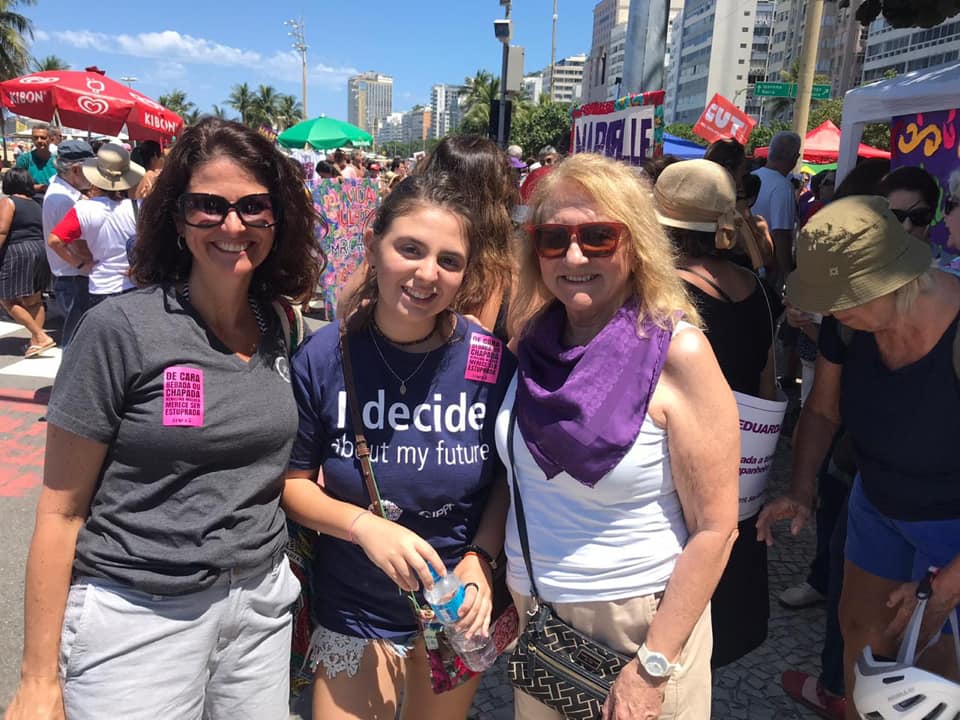 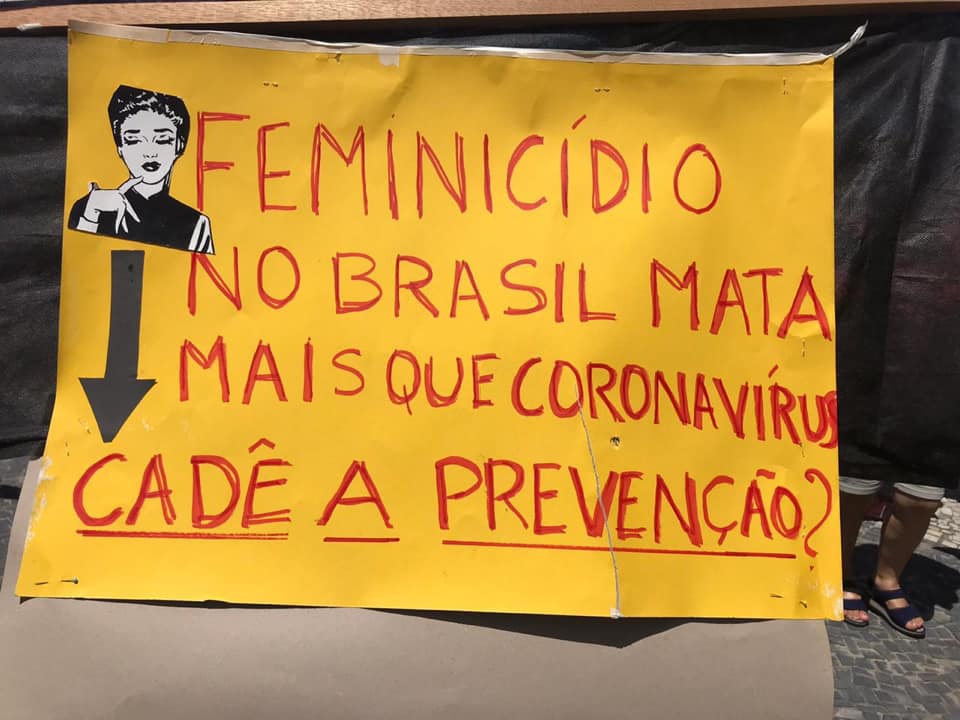 A sign at the march read, “Femicide in Brazil kills more than Coronavirus. Where is the prevention?” In 2018, over one thousand women were killed in Brazil.

In collaboration with local women’s rights organizations, WLP Indonesia/WYDII organized a special event on March 8, Women Rising. Attended by government officials and the public, the event included speeches, art, and poetry. WYDII focused on education about the Family Perseverance Bill that aims to restrict women’s freedom and sexuality. They also spread awareness about the Eradication of Sexual Violence Bill that is currently a priority for 2020 in the House of Representatives. 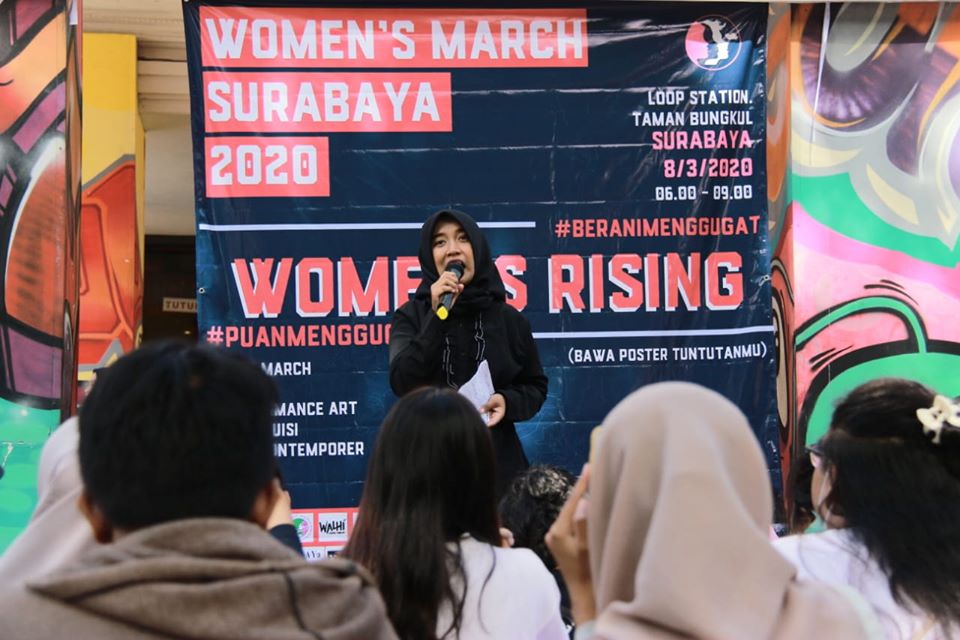 A woman reads poetry on International Women’s Day at the Women Rising event.

WLP Kyrgyzstan/Bir Duino marched with women’s rights advocates at Bishkek Square in the country’s capital to rally for women’s rights on International Women’s Day. Their goal was to raise awareness about gender-based violence facing women in Kyrgyzstan. A group of masked assailants threw eggs and rocks, and destroyed signs and property. Instead of providing them with protection, police detained nearly 70 of the peaceful demonstrators and did not pursue the assailants as they fled. Human rights groups including Bir Duino issued press releases, interviews, and reports on the violence and police detentions on March 8th, calling on the international community to support their right to organize without fear of violence and detainment. 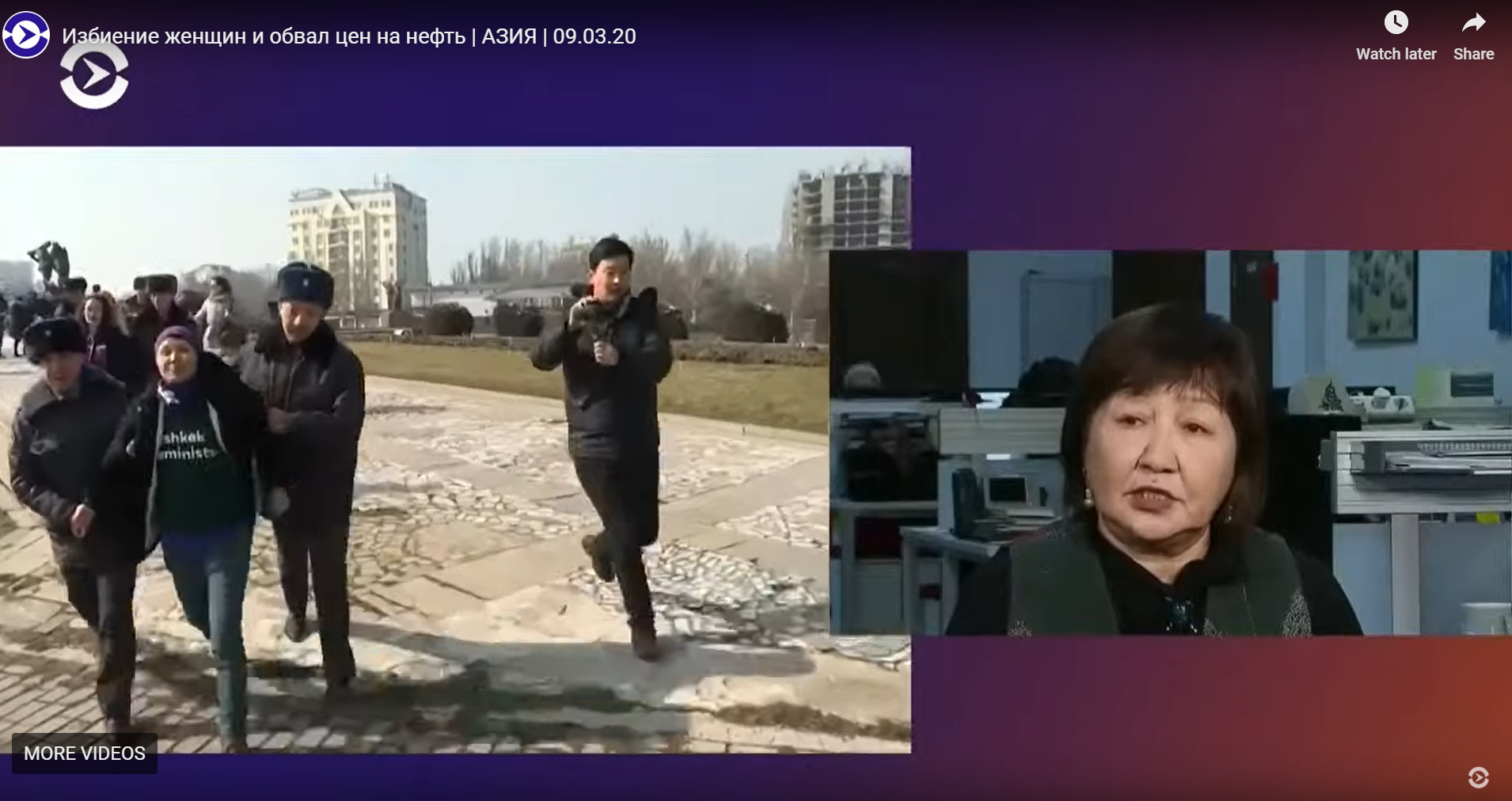 Tolekan Ismailova, director of WLP Kyrgyzstan/Bir Duino, spoke about the violence against peaceful demonstrators on March 8th, in an interview with media outlet Current Time Tv.

Malaysian news website, The Star, published WLP Malaysia/AWAM’s letter to the editor reminding readers of the numerous challenges that still face women fighting for their rights. AWAM’s letter noted that  International Women’s Day 2020, “marked a period when there was a spike in Covid-19 cases and also a period in which the country gained a new Prime Minister without the mandate of the people and, significantly for all women (and men) in [the] country, the final act of legislating the Sexual Harassment Act will not materialize this month due to the delay in the next sitting of Parliament.” AWAM marched with activists in Kuala Lumper and shared through social media stories about Malaysia's gender equality campaign. 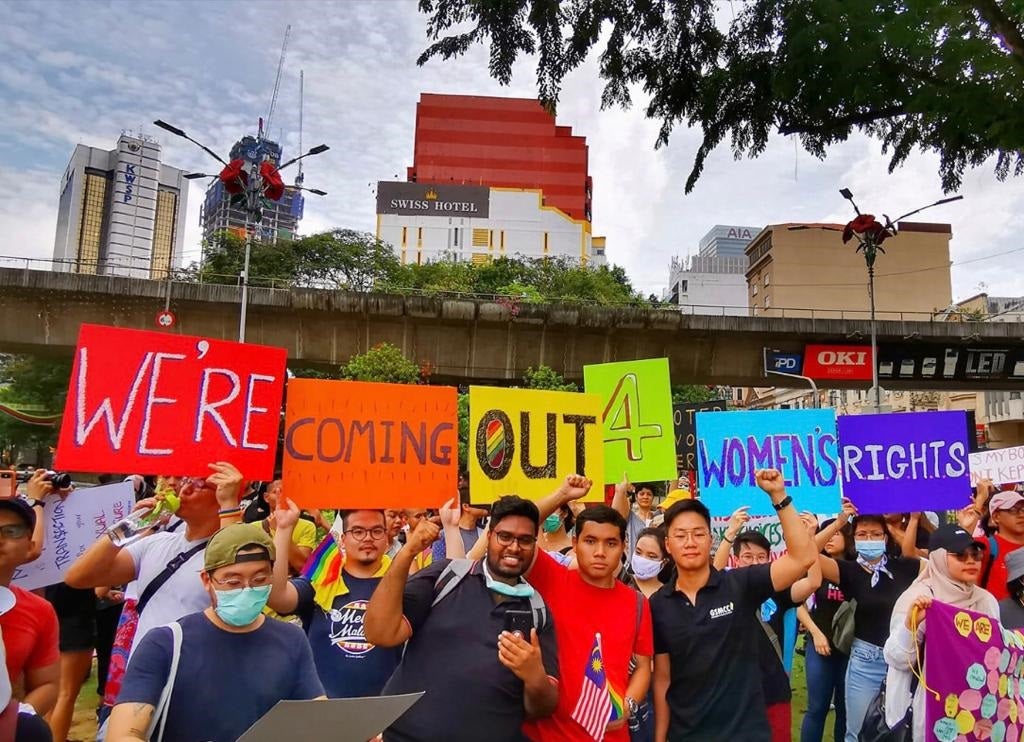 A group of men participating in the march demonstrated their solidarity with Malaysian feminists.

WLP Pakistan/Aurat Foundation amplified its call for gender equality and equal rights for women. Organizers of the women’s march faced violence and counter protests from conservative religious groups. Despite the opposition, there were nearly triple the number of activists rallying for women’s advancement this year. Approximately 400 people were arrested for disrupting the peaceful march. 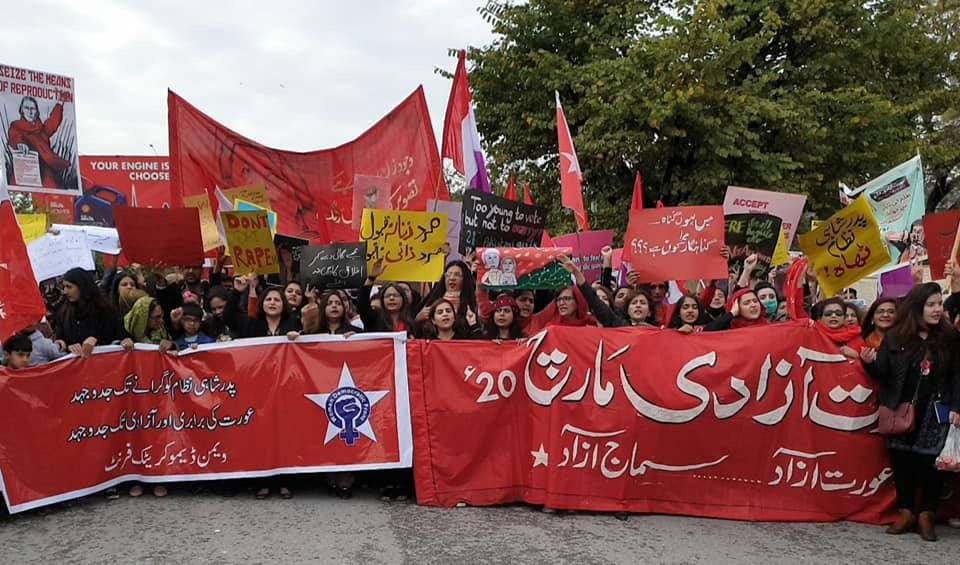 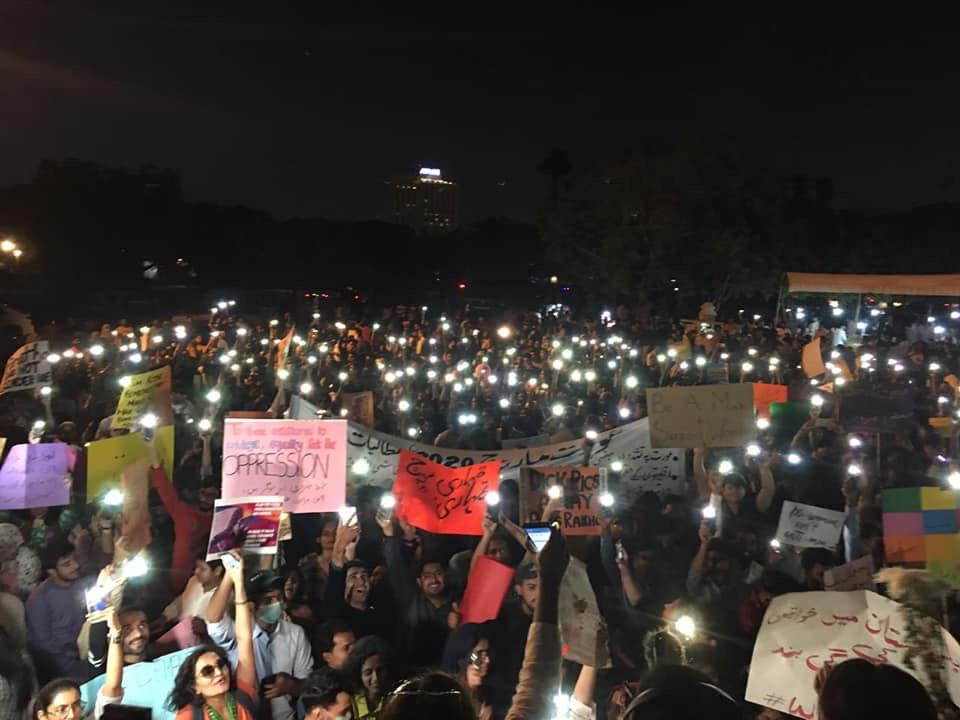 This year, the first lady of Mozambique, Isaura Nyusi, launched Women’s Month to celebrate the country’s progress on empowering women. Women’s Month will end on April 7, National Women’s Day in Mozambique. As part of the month’s activities, WLP Mozambique/Forum Mulher organized a march on International Women’s Day 2020. Hundreds rallied in the streets, calling for women to “Resist to Live, March to Transform.” Other activities coordinated by Forum Mulher included programs and round table conversations on family laws in Mozambique and implementing the 1995 Beijing Declaration and Platform for Action. 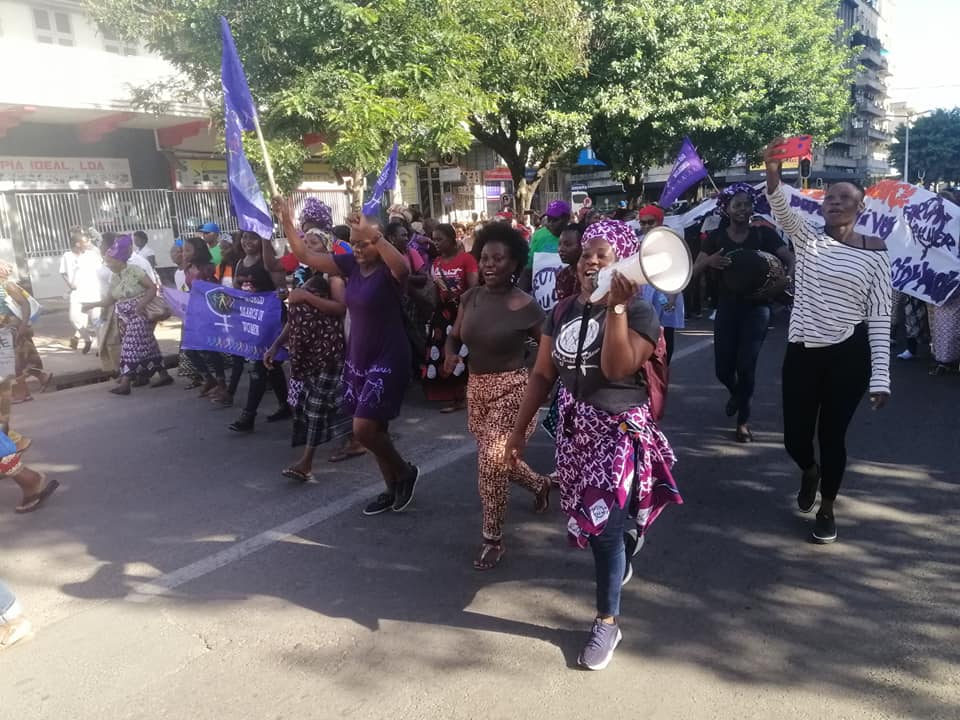 “The time now should be dedicated to focusing on what the youth want,” says WLP Jordan/SIGI-J executive president, Asma Khader. On March 8, SIGI-J launched Jordan Youth WE LEAD, a campaign created and led by young members of SIG-J who are mobilizing for women’s rights. One of the participants at the campaign rally was a young novelist, Joud Mubaidin. “Our dream,” she said, “is to empower women in Jordan and change history . . . and maybe one day I will be the first female prime minister of Jordan!”

The campaign is planned through June 2020, as part of SIGI-J’s four-year project, Women’s Economic Linkages and Employment Development—WE LEAD. The project focuses on women’s and youth’s economic empowerment in east Amman, Salt, and Irbid, by providing training, childcare, and safe transportation to and from places of employment. 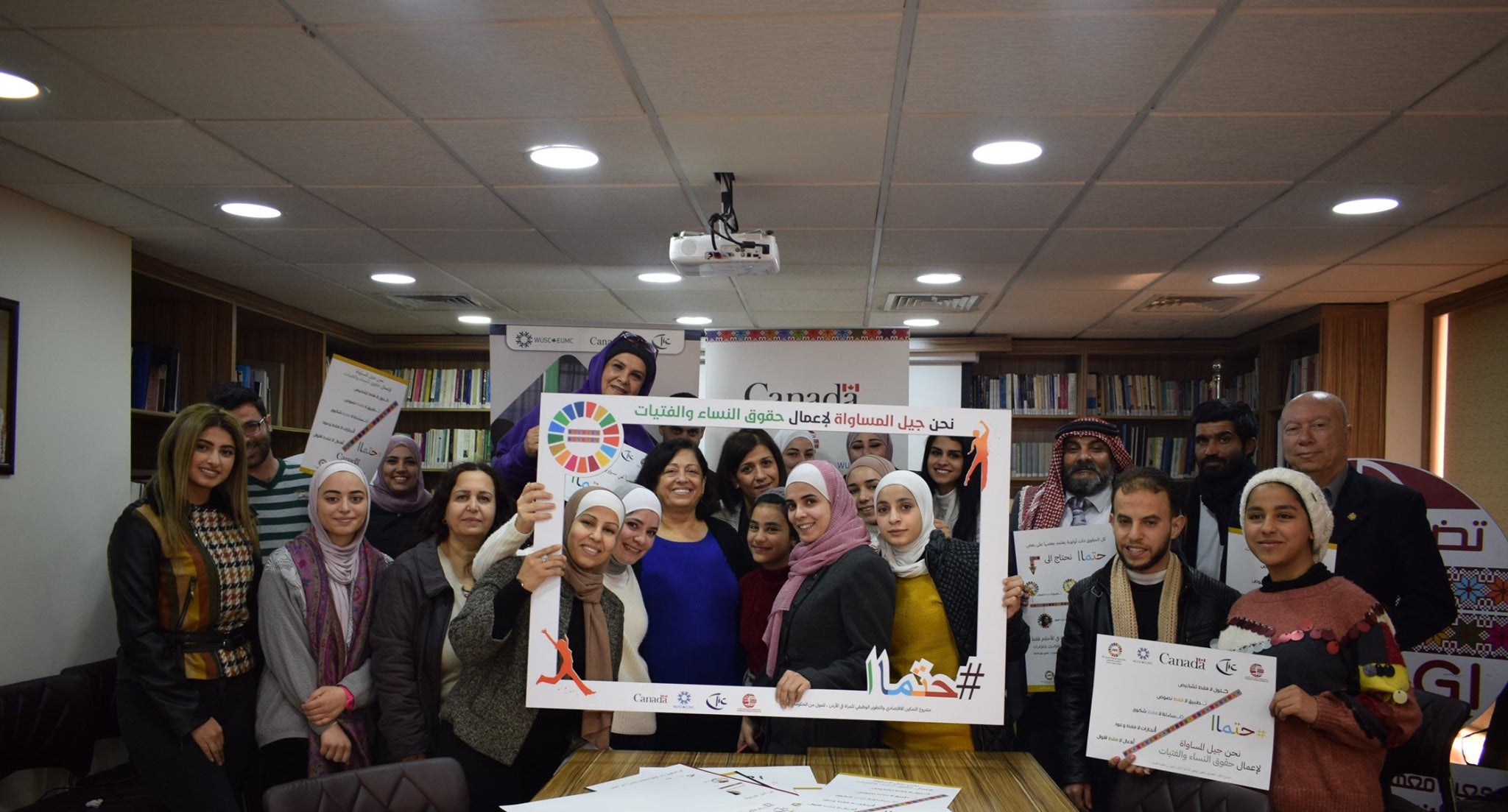 WLP Nigeria/CEADER helps to build the leadership capacities and human rights knowledge in interactive workshops with students from Charles Lorie French Academy. On March 13th, CEADER visited the students to learn about how they have been implementing the lessons from their leadership training and to celebrate International Women's Day. 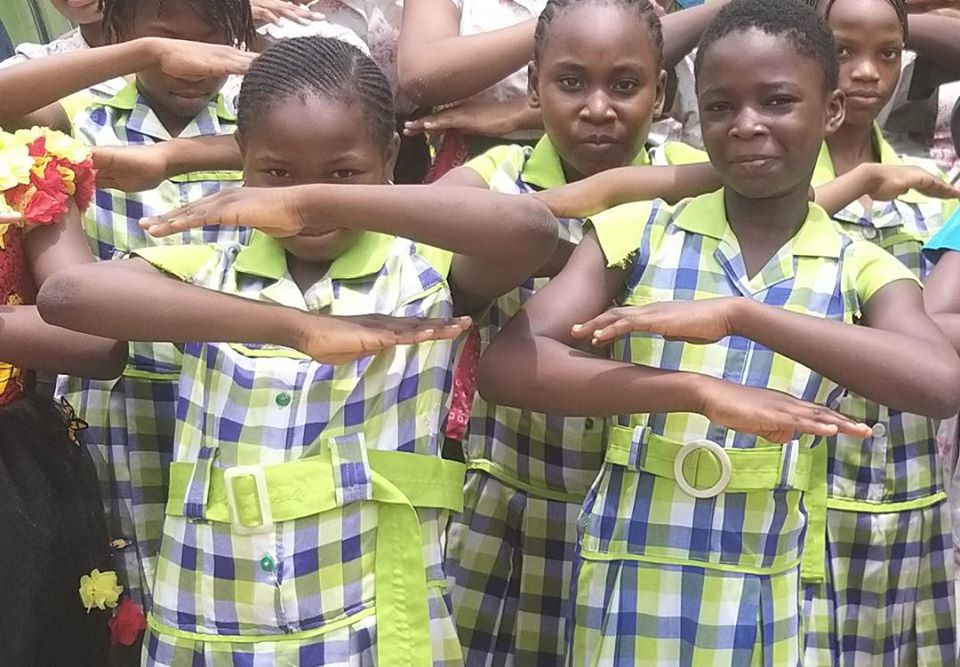