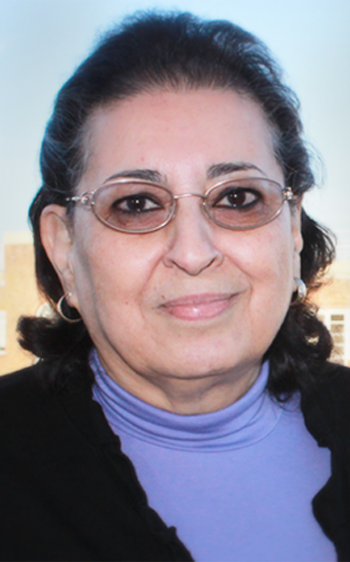 This document is a time-coded written summary in five-minute increments of an oral history interview. Full transcripts, audio recordings, and other oral history materials are available at the British Library Sound Archive, London, United Kingdom, and at the WLP office in Bethesda, MD. For more information, please consult our Oral History Archive of the Global Women’s Movement Terms of Use.

Thoraya Obaid (Saudi Arabia) is former Under-Secretary-General of the United Nations and Executive Director of the United Nations Population Fund (UNFPA), and the Chair of WLP’s Board of Directors. She is currently serving as a member of the Majlis Ash-Shura (Shura Council) for the 2013-2016 term. She was appointed to the Shura Council along with 29 other Saudi women as members by King Abdullah bin Abdul Aziz Al Saud, Custodian of the Two Holy Mosques, with a main objective of ensuring that Saudi women are participants in policy-decision bodies.

Throughout her career, Dr. Obaid has championed the causes of women’s and young people’s health and empowerment. She has also emphasized the importance of promoting development through a culturally sensitive approach, working within the context of each society, and taking into consideration cultural values and religious beliefs that shape people and affect their actions. In her role as UNFPA Executive Director (the first Saudi Arabian to head a United Nations agency), Dr. Obaid introduced a focus on culture to the Fund’s development work, linking gender, universal values of human rights, and values of human worth promoted by all religions and found in all cultures.

A recipient of numerous awards, she was ranked among the 50 Most Powerful Arab Women by Forbes magazine in 2004 and 2011. In 2013, she became the second Saudi woman ever to receive the King Abdul Aziz Medal of the First Degree. Dr. Obaid was Person of the Year for the annual Janadriya Heritage and Cultural Festival (2013), the first woman to be selected for this honor.

*This brief biography was recorded concurrently with the subject’s interview for the WLP Oral History Archive of the Global Women’s Movement.

About the WLP Oral History Project

The WLP Oral History Archive of the Global Women’s Movement preserves stories and lessons of women’s rights activists from Africa, Asia, the Middle East, and South America who have left their mark on the struggle for women’s advancement. We have collected dozens of oral histories from 25 countries, and the project is ongoing. Since 2014, WLP has collaborated with the Sound Archive of the British Library to host the repository.

Read our Oral History Archive of the Global Women’s Movement Terms of Use.