Fórum Mulher, a women’s rights network in Mozambique, promotes women’s autonomy and solidarity, and advocates for women’s economic, social, reproductive, and political rights through coalitions at the local, regional, and national levels.

A facilitator reads a passage about communication skills in a Forum Mulher training of trainers workshop.

Founded in 1993, Maputo-based Fórum Mulher is a network of individuals and civil society organizations who are participating in national and international social movements to defend gender equality and women's human rights, and who are promoting economic and socio-cultural transformations. Fórum Mulher works to strengthen the capacities of its members to improve Mozambican civil society. Its advocacy and programs focus on women’s political participation and movement building, women’s economic autonomy, sexual and reproductive rights, and ending gender-based violence. Through its ongoing advocacy, Fórum Mulher is helping to shape the new family law in Mozambique, giving greater recognition and protection to women and girls. Fórum Mulher works with grassroots and rural women, activists, academics, political candidates and parliamentarians, and journalists, among many other constituencies working for a more just society.

Fórum Mulher began collaborating with WLP Brazil/CEPIA in 2012 through WLP's Lusophone regional training initiative, and formally joined the WLP partnership in 2014. Since then, Fórum Mulher has continued to work closely with the Lusophone network and to integrate WLP’s methodology and curricula into its trainings and advocacy campaigns with national women’s rights NGOs. Fórum Mulher works primarily in Portuguese. 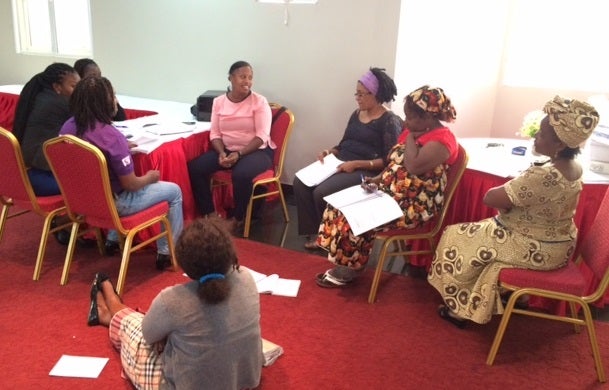 A group of participants discuss women's roles in politics and ending gender-based violence during a Forum Mulher workshop in Maputo.

,Coordinator, International Secretariat of the World March for Women (WMW)

, Coordinator, International Secretariat of the World March for Women (WMW)

Equality: It's All in the Family (video, Portuguese)

Experts discuss the spectrum of family laws defining relations between men and women, and examine their impact on women’s rights. (26 min)

An exploration of the linkages between women’s rights and human rights, and the continuing significance of rights in policymaking. (27 min)