Women and Democratic Transition in the Middle East

A Panel Discussion of WLP and the Wilson Center

Founder and President of Women’s Learning Partnership, Executive Director of the Foundation for Iranian Studies, and former Minister for Women’s Affairs in Iran

Lawyer and foremost human rights activist in Jordan, Secretary General of the Jordanian National Commission for Women, former Minister of Culture for the Hashemite Kingdom of Jordan, and former President of the Jordanian Women’s Union

Founding member of the Association Démocratique des Femmes du Maroc, one of the largest Moroccan NGOs focused on the rights of women

WLP, in partnership with The Middle East Program at the Woodrow Wilson International Center for Scholars, presents a panel discussion with knowledgeable and creative representatives of the women’s movement from Bahrain, Egypt, Iran, Jordan, Lebanon, Morocco, Saudi Arabia, and Turkey. Challenges and methods of achieving viable democracies using women’s positions as a barometer for the success of democratic transition will be discussed.

A time of critical opportunity for democracy throughout the MENA region, this is also a time of serious risk for women’s rights. While women have been active participants, in some cases even leaders and spokespersons in the movements for democracy and human rights that have swept the Middle East and North Africa, they have often not been included in negotiations that will determine politics of the future.

Women’s Learning Partnership (WLP) has been working in anticipation of and preparation for this historical moment for over a decade. Activists engaged in this network have used long-standing strategies, such as on-the-ground workshops and advocacy, and vehicles of modern technology, to influence people from grassroots operators to national and international decision-makers. They have met significant challenges, worked across national lines to learn from and support each other, and convened regularly to exchange South-South experiences and best practices.They have used various mechanisms to multiply their work, including radio programs, magazines, social networking, and mobile communications.

We are at an urgent moment. We know that, difficult as it is, bringing about regime change is easier than building a democratic society based on tolerance and gender justice. Women leaders and grassroots activists in the Middle East and North Africa, aware of the cultural context and immersed in the realities of their societies, are best placed to find practical solutions for enhancing women’s positions in transitions to democracy.

In addition to WLP representatives, the following individuals contribute: 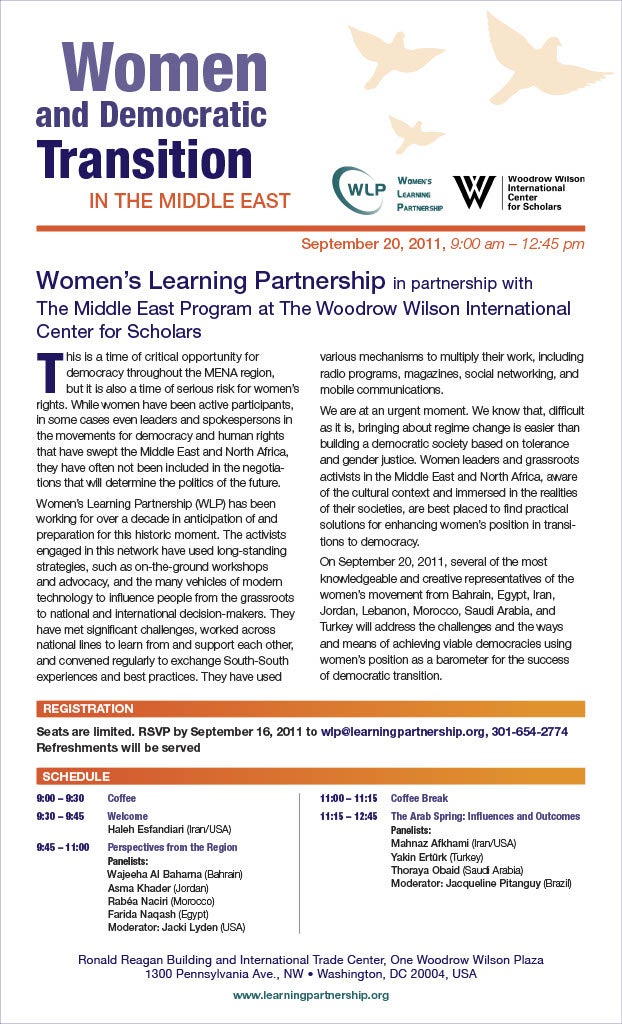 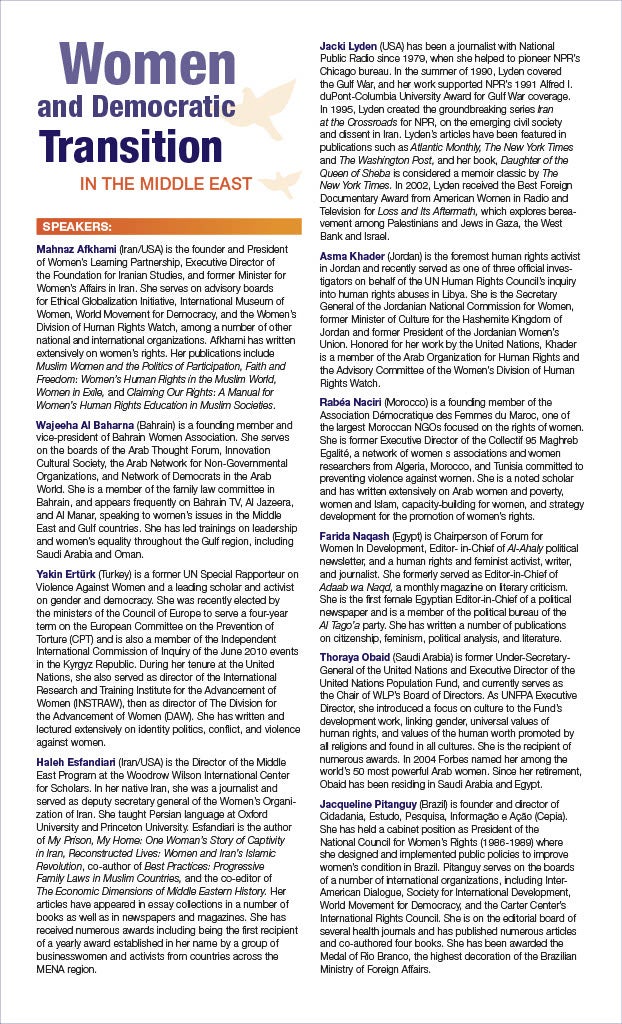 Night of the Wolf: How Iran's Innovative Vaccine Defeated Rabies

To celebrate the Nowruz holiday, the Foundation for Iranian Studies with Women's Learning Partnership invites you to the virtual event, "Night of the Wolf: How Iran’s Innovative Vaccine Defeated Rabies."