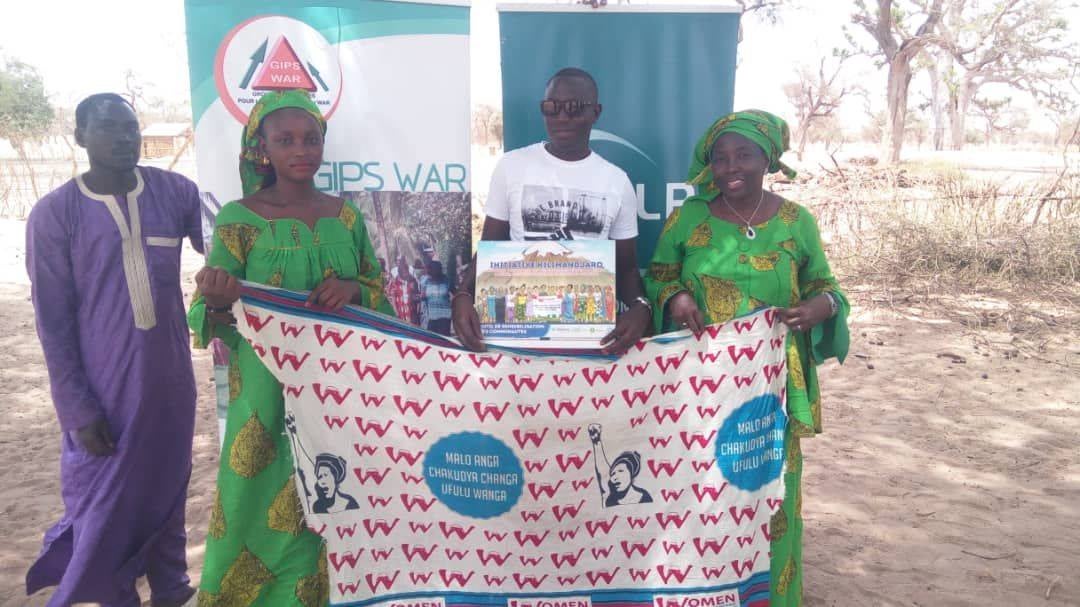 GIPS-WAR’s Bay Dunde Program teaches women to consume sustainably by focusing on organic and fair-trade products that avoid soil degradation. It helps them to make personal commitments to protecting and preserving the land. Activities frequently include trainings for local leaders, women and men, to encourage them to strengthen policies to combat desertification and drought, lessons on specific agricultural practices, and press conferences to spread the word. GIPS-WAR has also been tireless in its efforts to spread its messages through social media, as well as on the radio.

GIPS-WAR’s climate justice efforts have led to the acquisition of 78 hectares of common land being set aside for women in six of GIPS-WAR’s 11 regions of operation. The arability of these plots of land has been enhanced with irrigation systems, which have made the women far less reliant on the typical three-month rainy season, and have led to larger as well as more frequent harvests. The women farmers have been provided with micro-business training and economic management skills, so that they have been able to set aside a certain portion of their agricultural yield for their own use to feed their families, with the rest being marketed and sold for profit. When the pandemic hit Senegal, GIPS-WAR’s trainees have been among the mothers and sisters in the rural areas best prepared to pull through the food shortages in their communities.

Since 2017, WLP Turkey/KEDV has been working with seasonal agricultural workers in the hazelnut harvest to inform them about environmental threats to their employment security and safety, and to improve their working conditions through women’s collective leadership. One ongoing challenge has been to eliminate child labor.

Since 2007, WLP’s partner in Morocco, L’Association Démocratique des Femmes du Maroc (ADFM), has worked closely on collective land issues with Soulaliyates, rural tribal women in Morocco. Over a decade ago, one woman’s courage to stand up to discriminatory land policies in her village led to a partnership between the Soulaliyate women and ADFM that has mobilized hundreds of other women to take action and claim their rights.